In this guide, written by FastAPI creator Sebastián Ramírez, you’ll learn the main concepts of FastAPI and how to use it to quickly create web APIs that implement best practices by default. By the end of it, you will be able to start creating production-ready web APIs. 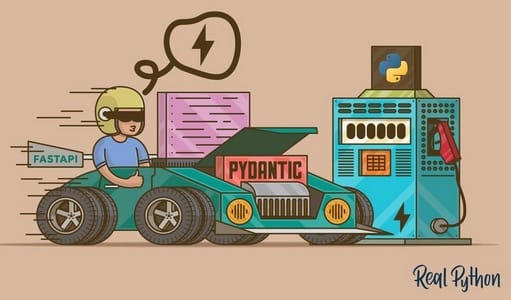 Importing a Python module is probably one of the most used language features. But Python’s import system remains a mystery to many Python developers, even folks with years of experience. This in-depth article explores how the import system works from the top down. You’ll learn everything from the difference is between absolute and relative imports to how Python searches for modules and packages and resolves naming conflicts.

After years of fundraising efforts, the Python Software Foundation finally hired their first CPython Developer-In-Residence. Łukasz Langa reports on what he accomplished during his first week on the job, how he’s finding a balance between the various tasks required of him, and what his plans are for next week. He’s included a full detailed log of everything accomplished with links to GitHub issues and pull requests.

Python 3.10 is still in beta, but work on Python 3.11 has already begun. Big changes include some major improvements to tracebacks as well as a new cube root function in the math module.

There might not be too many applications for this, but the accepted solution to this Stack Overflow question is pretty slick and features a NumPy array method that you might have glossed over: .rot90(). 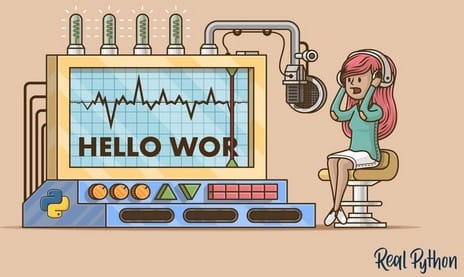 This quickstart guide shows you how to create a web map using Django’s GeoDjango module. Data for the map is stored in a PostgreSQL database using the PostGIS extension, and Leaflet, a lightweight JavaScript library for interactive maps, is used on the front-end. You’ll not only learn how to set up the Django application and display the map but also add markers to the map and automatically center the map on the application user’s location.

Do you wonder what the future may hold for the Python language? Are there speed improvements coming soon? What if you could be in the room while the core developers discuss Python’s future? This week on the podcast, we have Joanna Jablonski, who was invited to the Python Language Summit 2021 as a journalist to summarize and document the event. 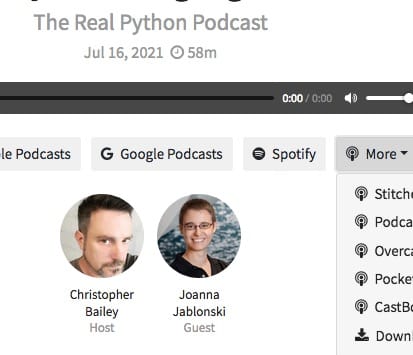 All Django apps need to be configured in order to run properly. This article walks you through how the Django settings file works and how it is organized. You’ll learn about environment variables and how to use them in your settings. You’ll also see some patterns for dealing with settings in different environments, such as development, testing, and production, as well as some tools for monitoring and managing Django settings. 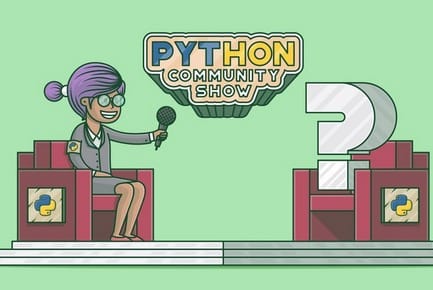 Hosting serverless apps on AWS can be a lot of work if you set everything up manually. The Zappa project makes configuring and deploying a serverless app on AWS Lambda a cinch! This tutorial walks you through creating a Django REST API and deploying it to AWS Lambda with Zappa step-by-step. You’ll even learn how to set up authentication using Auth0!